Guest Blog: Shelley Wilson - Should You Plot It Or Pants It? 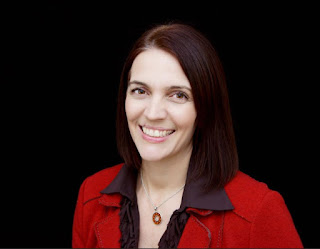 When I began writing stories in the 80s, I was a classic pantser – I didn’t realise it at the time because I was barely eight years old, and to waffle on for pages and pages about the fairy at the bottom of the garden seemed appropriate. My mum would ooh and aah in all the right places, and my teacher would add a smiley face at the bottom of my page. Little did I know that they were lulling me into a false sense of security.

The revelation of being either a pantser or plotter would only become known to me once I hit forty. I wrote blindly, hoping to get to the brutal end of my story with a suitable middle and a punchy beginning, but it never panned out. I would inevitably run out of steam, or my characters would become bored with their adventure.

It was in 2013 when I was finally introduced to the joys of plotting. Eager to take part in my first NaNoWriMo contest (National Novel Writing Month – a contest to pen a 50,000 word novel in 30 days), I engaged in the forum discussions and discovered a host of writers’ eagerly plotting their story arc and character bios in readiness for the 1st November start line. I was intrigued and decided to look into this phenomenon more closely.

After reading several books and articles, including the Guardian Masterclass, Writing a Book in 30 Days, which included printable worksheets, I thought it might be worth my while to give this system a go. Being a pantser certainly wasn’t working for me – and with such a tight deadline for NaNo, I needed all the help I could get. What a revelation. Where I had initially believed that outlining would strip the creative heart from my story, I soon discovered that this method freed my muse to take over and write…and write…and write.

In my day-to-day life, I am an avid scheduling freak. I love order and structure. My diary is my dearest friend, and if something doesn’t have an appointment, then it doesn’t happen. So why I hadn’t applied this same routine to my writing suddenly baffled me.

I tried to use the three-act novel structure:

Act Two – The Development or ‘Complication.’

I wasn’t feeling the love for this way of working and could feel my inner pantser begin to raise her head once more, but I persevered until I attended a workshop with the incredibly talented children’s author, Matt Whyman. Matt introduced me to the twelve steps on the writer’s journey developed by Christopher Vogler, and this was my (excuse the cliché) lightbulb moment!

As Matt expertly showed us how to dissect the Star Wars film and the Wizard of Oz, I finally understood the beauty of outlining.

Ordinary World – Where your character belongs (Luke Skywalker with his uncle)

Call to Adventure – When something changes for your character (Dorothy has to go to Oz).

Before I wrote the first words that would make up the beginning of my YA trilogy, Guardians of the Dead, I outlined the full story. Beginning – Middle – End. I wrote in-depth profiles on every main and secondary characters including a deluge of information that never made the book. It was this detail that made it so much easier to picture my characters as I wrote about them.

Once I began writing, my characters took over and began to weave the story how they wanted it to go – this was something I had never experienced before, and it blew my mind. I have
heard many of my favourite authors talk about their characters taking over, but I had believed it to be a thing that bestselling authors said at interviews.

Allow me to share one such moment: the outline for the Guardian series clearly stated that my protagonist, Amber Noble was to be an all-powerful witch. Amber had other plans. As I was writing the scene where a destiny spell goes awry, the salt circle of protection was distorted into the shape of an eye. All of a sudden, Amber is an Oracle with supernatural powers and a host of ancient guides to help her.

What followed was a day of panic as I reworked my plot to accommodate Amber’s swerve on her destiny pathway. Where I may have abandoned all hope at this point had I been in pantser mode, I was now able to go with it and manoeuvre my story back on track.

Excerpt from Guardians of the Dead (Book 1): 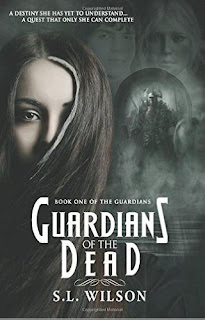 She screwed her eyes tightly shut, her heart racing as she was battered by the winds surrounding her.

‘Humans don’t feel a thing.’ That’s what India had said.She no longer felt the wooden floor beneath her; instead she felt an odd weightlessness. Her head was thumping and the vibration strumming through her body was intense. Her mouth was so dry, as if she hadn’t had a drink for a month.

Just when she was ready to shout for India to stop, the winds ceased and she could feel the floor beneath her legs. She was shaking from head to foot, her eyes still closed and her breath coming in short, sharp gasps. Very slowly she flexed her fingers and opened her eyes.

Connor and India were crouched on the floor behind the counter. The shop looked like a tornado had passed through it, and as she looked around her she noticed the circle of salt, her protection, had been scattered.

With wobbly legs Amber stood up and looked again at the salt. The circle was gone, and instead the unmistakable shape of an eye stared back at her.

‘I’m going to take a stab in the dark here and say I’m not human.’

Her friends shook their heads.

Writing has taken on a new intensity for me. Plotting out the story arc is now something I relish. I treat myself to a new notebook and fill the pages with ideas, scenes, settings, and character bios. I have a new found love of post-it notes and cover my office wall with the detailed plans for each new book.

Planning has changed how I write, and in turn, it’s made me more productive. I’ll never go back to being a pantser – would you?

Book three in the Guardians Trilogy is due out on 11th November 2016 but you can catch up with Amber’s story with Guardians of the Dead (book one) and Guardians of the Sky (book two), available in eBook and paperback from Amazon. 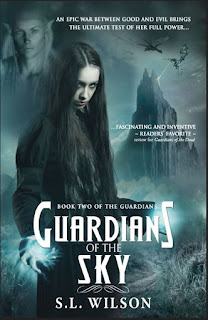 Guardians of the Dead (Book one)

Guardians of the Sky (Book two)