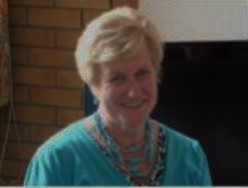 FUMSUP or TOUCHWOOD CHARMS FROM THE VICTORIAN ERA

A ‘fumsup’ may also be known as a ‘touch wood’ and as the name indicates they were for good luck. They first appeared at the end of the 19th century and were very popular during the beginning of the 20th century. There was a surge of interest during World War 1 when many were given to soldiers to take abroad as a charm hanging from a button or to be worn on a watch chain. It was suggested during this era that the name comes from the Roman era when an emperor would give the thumbs up sign to save someone during a battle of mortal combat. On the box of one of these little charms there is a poem to suggest the Victorian’s believed this to be the origin:

With sword and knife,

Some historians believe this not to be the case but for the charms to have a registered design number as they do, on the back, they would have needed a name and so ‘fumsup’ was created. Inside the original box lid of these small charms, on a card, is the following poem. 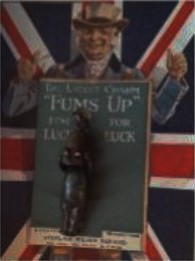 Behold in me the birth of luck,
Two charms combined TOUCH WOOD-FUMSUP.
My head is made of wood most rare
My thumbs turn up to touch me there.
To speed my feet they’ve Cupid’s wings,
They’ll help true love 'mongst other things.
Proverbial is my power to bring
Good luck to you in everything.
I’ll bring good luck to all away, 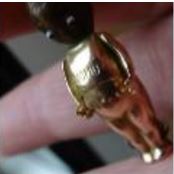 Just send me to a friend today.

The charms are made of either brass, silver or gold with a little wooden bead head, said to be holy oak. The eyes might have been precious stones but are more frequently

coloured glass or white glass with a tiny, black pupil. The arms are articulated and can rise to touch the wooden head. On the forehead is an imprint of a four-leafed clover. The word ‘fumsup’ is usually engraved across its little round tummy. There are tiny wings on the ankles to speed the owner home.

Another design was also created around this time. These were a round wooden beads with a face. Arms come from that and bend to touch the top of the head. Legs also come from the same bead. Sometimes they have a flat back with a nationalistic image behind glass. This may be a popular leader of the time such as General Kitchener, Field Marshal Sir John French, First Earl of Ypres or Admiral Jellicoe. It may be the union flag. Very occasionally it’s possible to find a fumsup with female clothing or a version called ‘Lucky Luce’ which has a glass head.

There is a version called ‘OI you get in line’ supposed to have been produced for the Second World War and in the 1950s a new set of touch wood charms became available. Again the round wooden bead was central but silver head and legs were added in the shape of various animals or figures such as a lucky gnome holding a bag of money.


In my collection I also have a little, bisque doll, a children’s brass rattle and a counter advertising display model all in the shape of the fumsup charm with the distinguishing features for good luck. Postcards and Christmas pudding charms were also produced.

Much more recently others have added a form of touch wood charms to their collections. Notably Vivienne Westwood produced an acorn with its cup and her distinctive logo in silver being attached to the wooden bead.

I have a wide variety of these charms in my collection. I love the thought that presumably the owner was guided home having received the good luck from a loved one upon his, or rarely her, departure. 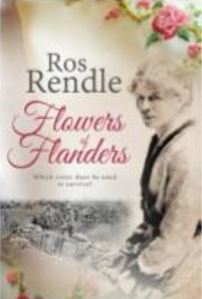 One features in my recent novel, ‘Flowers of Flanders’. Rose buys one for herself to remind her of a happy family holiday time just as WW1 is declared. Later in the book she gives it to Michael. Does it bring him the good luck he needs in France fighting on the Somme? Well . . .