Today I welcome author Elaine Everest to give us a few tips and share her experiences of Curtis Brown Creative’s Discovery Days. 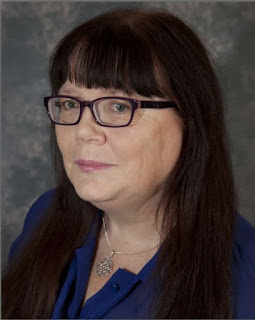 I’ve attended two Discovery Days and have nothing but praise for the literary agents taking part and the organisational skills of the Foyles staff. With hundreds of wannabe novelists queuing to be ‘discovered’ we were treated courteously and efficiently.


The CBC website explains how we are to prepare for the big day and what to take with us. I recall the panic I felt when attending for the first time – pitch about myself and my book in thirty seconds? What should I tell this unknown agent I was about to meet? I’d worked as a writer for some time, although not having sold a novel. Should I mention my short stories, competition wins, anthology contributions, journalism, CW tutoring or perhaps my non-fiction work? My first thought was it would look as though I was showing off when, like many writers, it was just an accumulation of many year’s writing as I struggled to become a novelist.


My husband suggested I write out everything I wished to say and then he would time me as I read my words aloud. Hmm six minutes. Whatever could I cut? After lots of editing and speaking faster I trimmed it to two minutes. There was seventy five percent more to remove. The answer was simply to say I had been a writer for a number of years but had not yet seen a novel published. If the agent was interested in my writing life they would ask – they did.


Next I looked at the first page of my submission. It stopped midway through a paragraph. I rejigged the page so it not only told the story much better but ended on a mini cliffhanger. Leave ‘em wanting to know what happened next is something I’ve often told my students. I (very craftily) printed off a copy of my synopsis and would try to hand that over, if the agent was at all interested.


Come the day I joined a queue that snaked through Foyles Bookshop until I reached a closed door and a young lady holding a clipboard. She checked off my name and, after peering through a crack in the door, told me to go to a table that had just been vacated by a worried looking writer. Trotting over to the table with my Romcom in my sweaty hand I introduced myself to the agent and started to pitch. It was easy. I just read through the page confident that I’d done my best to give the right information. After that my hopes were dashed when the agent pointed out she only represented literary fiction – oh dear! Then she read my first page and smiled. She liked the title and said how she could sell a book on a title alone. She suggested I submit the whole book.


The rest of the day was spent in small groups chatting with agents followed by a talk by senior agents and published authors. Was I ‘snatched up as the next bright star in the publishing world?’ No, but the experience of talking to agents and gleaning information was invaluable.


My second experience of a Discovery Day was slightly different in that my pitch was to an agent from Conville and Walsh. I changed the book I wished to pitch the night before the event and wrote the one page at midnight. It paid off as the agent chatted about dogs – she loved them – and wanted to see the whole novel once it was written. Did I write that book and submit it? Sadly no but only because a couple of months later I won a novel writing competition and had my publishing contract. Time moved on and today I have an agent and a two book contract with Pan Macmillan to write sagas. My first book with them, The Woolworths Girls, is to be published in early May.


What would I advise unpublished novelists who were lucky to obtain an appointment this year? Smile and stay positive. Prepare your first page and thirty second pitch to the best of your ability and don’t expect to be signed up – it doesn’t happen at these kinds of events. I’ve seen disappointed people sitting in the Foyles café who had built up such great expectations that after their pitch they had crashed to the depth of despair as they had not been signed up with the agency.


Enjoy your day, I wish I could be there and join in. The journey to being a published author is a interesting path to follow. You are making memories that will be looked back on with fondness.