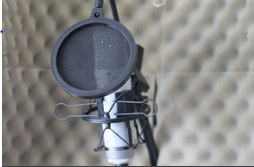 First up, I confess I'm new to blogging, so even the very form is intimidating me. What is a good blog...? I don't know, so apologies for the mental stream that follows, but I thought, just go with what pops up. Lets think about lyrics and creative writing I thought.

I took a creative writing course last year. The intention was to learn tools, tips, techniques on how to 'unblock' ideas and help me write better lyrics (or perhaps I should just say lyrics, as sometimes I can't seem to put a single line together. My standard problem (as someone who tends to write the music first) is that I cook up a 'good' first verse, then it runs into the buffers. I have the rhythm and melody in my head and invariably I'm trying to 'fit' words to the music. Its like a 3D puzzle to me: the music, words, and tempo all have to scan in a way that is often less about the overarching narrative than the syllables, consonants or 'feel' of particular words. I'm not saying this is a good thing BT 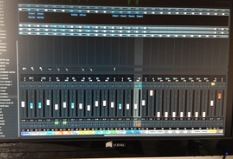 W, just that the feel (for me) is what excites me, and it can be more important than the idea of a self-contained narrative with a start, middle and end.

I had an interesting dialogue with the leader of the creative writing programme, who on seeing a set of my lyrics asked me about certain word choices and sentence constructions. I couldn't really explain other than to give her a copy of the song ‘Rivers and Ravens’ to demonstrate how certain words had a rhythmic value and drive that worked in a 3D context that was music plus words.

A bonus of the writing course, that I had not anticipated, was meeting other people who wrote lyrics and were looking for a creative outlet. I've done a number of collaborations over recent years, with people providing lyrics to which I put music, do the arrangement and recording. This has proven strangely cathartic, and I've found the act of working with somebody else’s lyrics very liberating. So when a member of the group, Elaina James told me she had a set of lyrics and asked did I want to have a look, I jumped at the chance. The result, 'This House', pretty much bounced straight off the fretboard, inspired by a great set of lyrics, and without the personal agony of having to ponder the next word(s). Whilst the recording took a few weeks, the song and arrangement actually came together very quickly, over a couple of evenings. 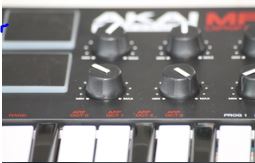 This inspired me to test the water with our creative writing tutor. What did she think about the idea of a 'group' song, the challenge being for each group member to provide a rhyming couplet on a given theme (fantasy) which I would try and munge into a 'song'. Why? Just to see if it could be done, and also to demonstrate the idea that a fairly random stream of words, if you manipulate the ebb, flow and scan, can still work in a creative manner. She agreed. We put the idea to the group and the end result ‘Gibbet Hill’ can be found here. I don’t claim it as a classic, or to be highly original. However, it is tangible evidence that we achieved our goal: to create a dark, fantastical song from nothing.


Elaina and I plan to work on more collaborative projects and it's exciting! We both feel the sum of the parts will be bigger than what either of us could achieve alone.