To The Friends Who Make You Smile 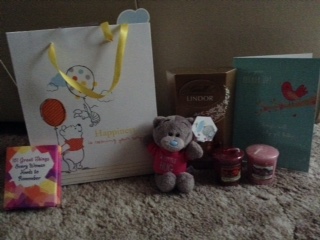 You may have noticed that my presence on my blog, and all things social media for that matter, has been a bit sporadic recently. Or possibly you haven't missed me at all, though surely not!

Anyway, the reason for my absence has quite simply been reality. You know, that pesky thing that messes with all those great intentions and plans you had? Yep, that's the one.

I'm used to it rudely interrupting my escape into my fictional world. Reality is like my alarm clock that goes off each week day morning to tell me to go to work. It's that infuriating reminder that there are other things to be done besides holding conversations with the voices in my head, (the ones that most people out grew in childhood).

It needles me about the dusting, vacuuming and horrifyingly even the gardening. I ignore it as long as possible, until eventually I grudgingly comply, because I know that spending a little time in the real world is not only good for my sanity, or at least helping to maintain the presence of it, it also makes that fictional world all the more exciting. It builds the anticipation and fuels the imagination, so when I do return I am invigorated by my absence, no matter how brief.

Unfortunately reality deviated from its routine interruptions of working, shopping, cleaning, cooking and sleeping. No longer satisfied with letting me skate by with the minimum requirements, it threw a few obstacles at me.

I wouldn't have minded if there had been less of them, or even if they'd been the good kind. You know, the ones that are really tricky but lead to something good in the end.

They were just bad.

The kind of bad that makes you want to pull the duvet over your head and hide until things get better. Except of course you can't, because the only way things will get better is if you get up and actually deal with all the bad stuff.

The trouble was that no matter how much I dealt with, more kept coming. Instead of just being restricted to one aspect of my life it was like a virus that spread, contaminating everything I touched; work, home and family. Nothing was immune.

So is it over now? More like a temporary reprieve. A kind of suspended animation where everything has paused ominously waiting. Waiting for results to be received and decisions to be made. Just waiting.

And then? Well, who knows? Perhaps normality resumes, or the madness continues. At the moment they're each huddled in their corners waiting for the bell to ring and the next round to start.

In the mean time I'm clinging onto hope that it will get better. It has to, right?

Thankfully I have great friends, like the one who gave me the thoughtful gift bag (pictured at the top of the blog) full of goodies to make me smile on a day when all I wanted to do was cry.  It reminded me that no matter how bad it is, I'm not alone.