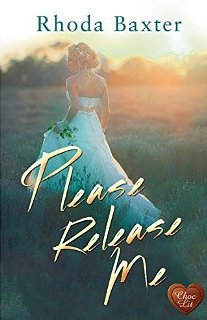 Shallow, manipulative Sally thinks she has found everything she could ever need in the wealthy Peter.  However, when a car accident leaves Sally in a coma, Peter beings to realise that he doesn’t know Sally as well as he thought.

Grace is everything that Sally isn’t. She is kind, caring, genuine and true.  But most importantly, she’s in love with Peter.  That’s one thing that Sally has never been.

Having loved Rhoda’s previous book ‘Girl on the Run’ I was keen to read her latest; ‘Please Release Me’ and I hoped it would be of the same standard.  I wasn’t disappointed.

I loved the contrast between the two female characters.  I was immediately drawn to the quiet insecure Grace, who’d suffered so much heart-ache and loss and yet still tried to do whatever she could to help others.  My first instinct was to despise Sally and her selfish mistreatment of Peter, but as the story progresses we get to see a vulnerability behind her tough exterior.

The characters are well written and we get to watch them develop and grow as the story unfolds.

It’s a modern take on a fairy-tale, but this time sleeping beauty isn’t content to lie still.  Sally finds that while her body is in a coma her spirit is able to wander through the places she has been whilst she was awake.

It’s a clever idea, well-structured and thought out with an unexpected twist to a timeless classic.