The Grown-Up Gap Year: Branching Out 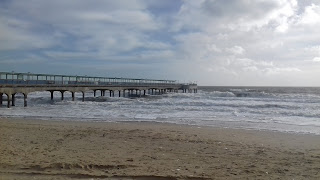 So, I already told you about my plan.

Now to tell you how I deviated from it...

The problem with living somewhere so beautiful is the ability it creates for countless opportunities for procrastination. Why stay inside the apartment typing, when I could be out walking on the beach, or exploring new places?

Okay, so technically my notebook did accompany on these outings, with the best of intentions of being used to jot down ideas sparked by the stunning scenery. However, the reality was that it was my camera that was firmly held in my hand, not my pen.

A chance encounter with a film maker turned out to be the perfect remedy to my procrastination. Simply talking to Vahid reminded me what I loved about writing. His passion and determination for his craft lead to long discussions about books, films and the creative process which in turn reignited my own passion for story telling.

Except instead of inspiring me to crack on with my partially completed novel, we deviated into writing a short script together... 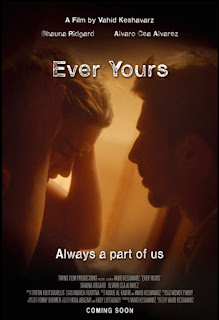 Along the way I rediscovered the excitement of a character dictating their story in my head. Of them deciding that they didn't want to follow the plot we had carefully structured. Of debating an idea with someone who was as connected to the characters as I was. And the fun of momentarily forgetting that the people we were discussing weren't actually real and only existed in our heads.

The film is now in post production, it's quite a daunting experience to wait to see the finished product. Unlike writing my novels, where I have complete control over every word and action, my role in the film ended when the script was completed, but that was far from being the end of the process.

Real people now represent the characters that up to this point have only existed in our imaginations. Will they be how I thought? Even though we worked together, will the story and characters that Vahid sees in his imagination be the same as mine? It will certainly be exciting to find out...