The Grown-Up Gap Year: The Plan


The Grown-Up Gap Year - The Plan

I told myself, when I took my career break, that I would blog each week to chart my experiences. Well, it didn't exactly happen. As in, not at all. But, one of the things this break has taught me is that it's never too late. So here goes…

It all began in summer 2018 when Katie Fforde contacted me to tell me she had selected me as a recipient of the Katie Fforde Bursary for 2019. I was stunned, honoured and unbelievably excited. I can’t even begin to describe the magnitude and mixture of emotions that I felt reading her email. There were a lot of tears, combined with lots of jumping up and down while squealing. Yep, all at the same time. Which paused only for periodic re-reading of the email, just to make sure I hadn’t miss read it, because after all, it’s Katie Fforde and she couldn’t possibly have picked me, could she?

Well, apparently she did. And in February this year I was awarded with a trophy to prove it. Though, I have to admit, even now I can still hardly believe it was real. 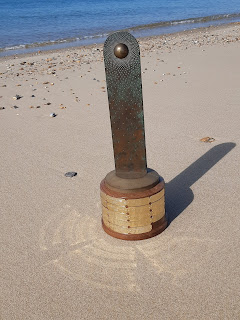 It felt like Katie was telling me to have faith in my dream of being a published writer. And who am I to disagree with Katie Fforde? Admittedly, she possibly didn’t intend me to leave my job and move to the end of the country… But her faith in me, and that of my amazing writing tutor and friend Alison May, were the catalysts I needed to give me courage to do something I would otherwise only have dreamed of. And for that I will always be grateful.

The plan for my break was simple. Spend a few months living by the coast, where I could focus on my writing. And then, after that I intended to head off on an adventure and travel around the world (or at least a portion of it). 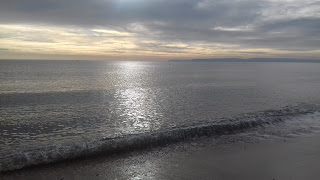 Step 1 - Rent an apartment by the sea:

I had a whirlwind week-long tour of (some) the British coast and settled (or more accurately was wowed by) an apartment in Bournemouth. It ticked all the boxes; sea, sand, and good rail links back to visit family and friends (plus encourage them to visit me so I didn’t become a recluse in my new temporary hideaway where I didn’t know anyone). 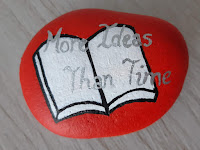 Not only did I finish the book, albeit after some initial procrastination (it turns out living by a beautiful beach is actually somewhat distracting), but I also started a new psychological suspense. I re-worked the plot for a rom-com and have initial ideas gently brewing for the next projects.

Like many writers, I suffer from a huge problem of having more ideas than time! And sparkly new ideas always seem so tempting…

And that's where the plan failed.

It seems I am just like the characters in my novels. I start out by planning a story for them and yet when I start writing they decide to take control and lead me in an entirely different direction.

So instead of traveling the world, I opted to put down roots in Bournemouth. Did I mention the amazing beach?

But, that doesn't mean I've given up on the idea of travelling. It just means I’m going to have to be a little more creative in how I accomplish it.

And sticking around in Bournemouth has led to some interesting plot twists. But you’ll have to wait until next week to hear more about those… 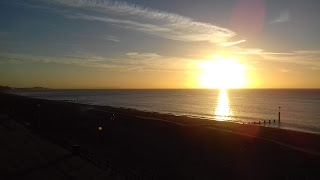