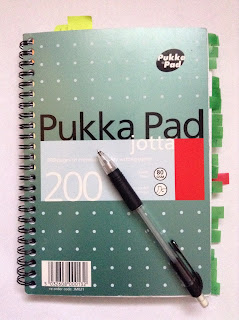 My love of writing song lyrics wasn’t the only secret I’d been keeping. I had notebooks filled with ideas for new characters and plots, partially started short stories and even an entire draft of a novel.

Around the same time that I entered the UK Songwriting Contest, I also entered a short story contest. When the results were announced I found I had to keep reading them just to convince myself that I hadn't imagined it and that my name really was listed as the winner.

Reaching the semi-finals of the UK Songwriting Contest gave me hope that my lyrics had potential, winning the short story contest inspired me to be brave and do something I’d only ever dreamed about. I signed up for a creative writing class.

Now I know in theory attending a course shouldn’t be something that requires courage. I’ve attended many courses over the years, however they were always work related. Well, apart from my brief attempt to learn Spanish, which is probably best forgotten, just like my Spanish vocabulary has been.  Although perhaps it would be more accurate to say that it was never remembered in the first place.

The writing class however wasn’t in a field I worked in, and it wasn’t just something that was a passing thought of ‘wouldn’t it be nice if I could…’ This was something I longed to do, and not just do, but do well.  I couldn’t hide behind a spreadsheet and loose myself in a complex formula to ensure I came to the right answer. Writing is subjective, and right answers are as elusive as my self-confidence.

Of course there are technics, there are skills you can learn and develop.  I realised this, that’s why I wanted to join. What scared me was the fact that all of this would draw upon one source for imagination and ideas. Me.  What if my idea of humorous and exciting is actually dull and boring?  Wait, what if I have no ideas…?

Freaking out about my own abilities, or lack of them, wasn’t even the scariest bit though. Part of the learning experience of the course was to read our work aloud to the rest of the group. However, my stage-fright wasn’t limited to being on stage. It made an appearance at any event where public speaking was involved. Now here I was signing up to yet another course where I would come face to face with my fears again. Was I mad? Possibly, but I signed up anyway.

I joined that class with two objectives: 1, to learn a little about how to improve my writing, and 2, to avoid making a total fool of myself in front of the rest of the class with my complete lack of talent. What I actually got from the course was so much more.

The tutor, a published author, was eager to share her wealth of experience and knowledge with us.  The rest of the group, whilst not quite at the same level of trembling self-doubt, were hesitant and uncertain.  The combination was the creation of a weekly haven for creativity and hope.

That’s not to say it was easy. The course was challenging, not just in terms of developing our skills but also because it made me face my fears once again. Each new topic and technique that was introduced to us, was followed by an exercise to encourage us to put our new knowledge into practice.  Each exercise was followed by an opportunity to read our creations back to the rest of the group for feedback.

I waited my turn as the tutor progressed around the room calling out names for who should read next.  My heart raced, my hands grew clammy and the room started to dip and sway as though we’d suddenly set sail. I forced myself to pay attention to my classmates as they read their work and not indulge the overwhelming urge to flee. I tried to find the courage to have confidence in my opinions and give feedback, without shying away full of self-doubt as to the value of my input.

Eventually it was my turn. I could have declined to read my story.  I could have shrunk down in my seat and let the opportunity pass me by. But I didn’t. At least not often. What would I learn from taking the easy way out, other than how to fail? So I took a chance and read my work.  I fumbled my words.  I laughed nervously when I lost my place.  And I probably made everyone’s heads spin with the speed that I discovered I could speak at. But I did it.

I would like to say at this point that the staggering praise I received afterwards, filled me with such confidence that I overcame my fears in an instant. However, that wasn’t exactly the way it was.

Thankfully there was praise. Sometimes. But there was always encouragement. I might not have created perfection in my five minutes of freewriting, but often there was a germ of an idea that held potential to be something more. The tutor and class responded with enthusiasm and eagerness to know more.  They laughed, thankfully only when they were supposed to. They asked questions. They made suggestions.  They prompted me to delve deeper into my characters psyches and examine the story’s weaknesses.

I learnt so much from that course, much more than I can fit into this blog. I learnt to listen not just to others work, but to their opinions of mine. I learnt to be a better critic, a fair and encouraging one, but one who isn’t afraid (or at least not as afraid) to ask questions. I learnt to share my work and take criticism and praise.  But mostly I learnt to be brave, face my fears, and have a little faith in myself and my dreams.

Two of the short stories I wrote as part of this course, The Art Of Conversation and Cinderella Shoes, have now been published.  Each acceptance was accompanied by squeals of delight and disbelief in equal measures, as I took another step towards making my dream come true.

Everything I’ve learnt over the last 18 months since I took my seat on the first day of the writing course has gone into rewriting my novel. Finally I have reached the point where I am ready to face the next hurdle and start my quest to find a publisher.  Whatever the outcome, I’ve come a long way from that 11 year old who vowed never to take a chance on her dreams again.