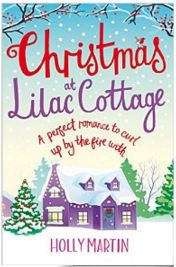 I love the idea of Santa Claus. As a child, the excitement of going to bed on Christmas Eve was often too much to bear, knowing that this great jolly fellow was travelling across the world giving presents to every little girl and boy. Soon he would be in my house, leaving presents under my tree. It was the stuff of fairy tales; magic, flying reindeer and a sleigh big enough for millions of presents and as children we lapped it up.


I love the lengths parents will go to purely to keep this magic alive for their children. Once, when I was little, I left a note out for Santa on Christmas Eve, along with the obligatory glass of sherry and a carrot, asking Santa to tell me the names of all his reindeer. That night, as everyone settled down for Christmas Eve TV, or ran around in the last minute madness of Christmas meal preparations, my Mum and Dad were ringing round everyone they knew to try to find out the blasted names of some imaginary reindeers. Remember this was pre Google, if you wanted to find something out in them days you went to the library. They managed to get six and told me he didn’t have time to write the other two, there were lots of children to visit after all. Even the handwriting was one that I didn’t recognise. The carrot would be given to the dog to chew on, the sherry, which my Dad hated, would be drunk. And my unwavering belief in Santa Claus continued long after my brother told me it was all rubbish. It continued even after I’d seen my grandparents bring the presents in late one Christmas Eve. When I’d asked the next day why it was them that had brought the presents in and not Santa, they told me that Nan and Granddad were helping Santa to unload his sleigh and I believed it, because I wanted to believe.


I love the variations in the stories parents tell their children too. If the children of the world ever sit down and take notes there would be some gaping discrepancies. We didn’t have an open chimney when I was younger. We had some electric fire but that was OK because Santa had a magic key. We didn’t write letters to Santa, we simply told Mum and Dad what we wanted and they phoned Santa up and placed the order, a little like Argos I imagine.


My friends have an open fire, and every year at the beginning of December, my Goddaughter writes her letter to Santa and they light a fire and throw the letter up the chimney. The first year that Megan was old enough to do this, the letter went up the chimney and came back down a few seconds later only to catch fire on the roaring flames. Megan stared at her letter as it crumpled in the heat and her Mum hugged her and told her that the smoke would take the words to Santa. Of course she accepted it because as a child you trust your parents completely.


But should the belief in magic fade just because we are now older and supposedly wiser? No absolutely not. We all need a bit of magic in our lives. That’s why I love books, because amongst their pages is the ability to transport people to magical worlds with fantastical creatures, to introduce people to rugged heroes and brave heroines, where the impossible is possible and the ordinary is lifted to the extraordinary. With books, we go on journeys to exotic locations, we make friends and we fall in love with characters more real and tangible than a mythical fat man in a red suit.


So give the gift of a book this Christmas, one that transcends the limits of the imagination. Treat yourself to one too, curl up with a mince pie and a glass of mulled wine and believe in magic once more.


Or on her blog http://hollymartinwriter.wordpress.com/