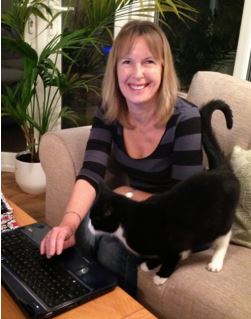 Wendy Clarke is a full time writer of women's fiction. Since starting writing three years ago, she has sold over a hundred short stories and her work regularly appears in national women's magazines such as The People's Friend, Take a Break Fiction Feast and Woman's Weekly. She has also written serials and a number of non-fiction magazine articles. Room in Your Heart and The Last Rose are Wendy’s two collections of short stories. She has just finished her first novel.


Moving on from Short Story to Novel

When lovely Elaina invited me onto her blog, I thought long and hard about what I could write that might be useful or interesting. I thought I could write about my journey to becoming a writer, how to write a magazine story or even just talk about my typical writing day. I soon realised, though, as I sat with my fingers poised over the keyboard, that I’ve covered all these topics before in other guest posts. What I wanted to share was something new.


Most people know me as a magazine writer but not everyone knows that I’ve just finished my debut novel. It’s been a steep learning curve that’s for sure, and it occurred to me that this was what I could talk about – the things I’ve learnt moving from short stories to novels.

Everybody loves a list, including me, so here they are – the five main differences I found between short story and novel:

Okay, I know this sounds rather obvious but when I first started my novel, I hadn’t quite grasped just how much longer 80,000 words was than 2,000. Really, I hadn’t! When I write a story, I finish it and send it off within three days; I live with the characters for a relatively short time and then say goodbye to them. By the time I finished my novel (it took me the best part of a year as I was writing short stories at the same time) and sent it to the first agent, I felt as though I’d married and divorced the entire cast of characters. Novels need stamina that’s for sure… and the novelist needs a lot of TLC during the writing process (well this one did).

I don’t think I even knew the meaning of this word before I started my novel. I don’t do it – it’s as simple as that. I’ve sold nearly a hundred and fifty stories and I haven’t planned a single one of them so why would I need to do it for a novel? I had my novel idea, I knew my characters, I knew the ending - all I had to do was write it. Simple. Only it wasn’t. By chapter four, I had no idea how I was going to get my characters from where they were to the point where I’d write The End. I had to concede that I would have to have my chapters sketched out, if only loosely, or the characters would be in danger of wandering around aimlessly. So, in order to keep tabs on all the story threads and tighten things up, I bought myself a special book and made myself work out the plot in more detail. It was rather a sketchy plan but it worked for me.

Which leads me nicely on to difference number three – the plot. Before I started my novel, I thought that the longer length just meant there would be a lot more things going on but I soon realised it’s more subtle than that. Although the overall shape of the story arc is the same, in a novel there will be peaks and troughs. I wasn’t used to that – in a short story there is just a beginning, a climax and a resolution. Troughs? What troughs? Luckily I’m a quick learner. Also my short stories never have subplots – there’s no time for them. If my 80,000 word novel didn’t have subplots, the reader would be snoring after chapter two.

Sometimes I’m very daring when writing my short stories. I’ll whisper this very quietly… I sometimes have two main characters (and maybe a couple of extras). Usually, though, I stick with one. What a luxury it was then to be able to have not only two main characters but also a cast of thousands (well, all right ten). Not only this, but I was able to explore their lives in a way I never would be able to in a short story. It was like having my own puppet show… I just had to make sure I didn’t get all the strings tangled.

When writing my novel, I didn’t realise how much I’d enjoy the luxury of being able to immerse myself in a setting, to flesh out a character and linger over a scene. In contrast, short stories have less back story and a faster pace. Any detail of a setting is drip fed into it in order to not slow the pace of the action. In other words, short stories need to make a quicker impact. At first I found this strange… and then I loved it.


So there you have the five differences I encountered when moving from short story to novel. It’s been a challenge – but one I’ve thoroughly enjoyed. I still love short story writing and have no immediate plans to stop but will I write another full length piece? Absolutely!


Which just leaves me to say a big thank you to Elaina for inviting me onto her lovely blog. 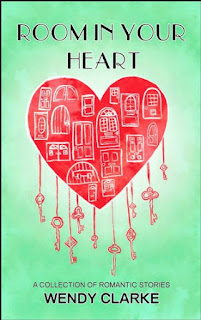 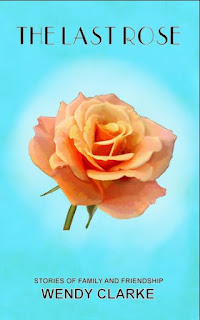 Link to my blog: http://wendyswritingnow.blogspot.co.uk/