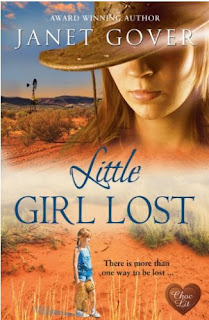 When a little girl goes missing, an entire town comes together to find her ...

When Tia Walsh rides into the small town of Coorah Creek on a Harley Davidson, Sergeant Max Delaney senses that everything about her spells trouble. But Tia's trouble is not all of her own making, and the dangerous past she tried to leave behind is hot on her heels.

Sarah Travers has returned home after three years of college to find that her parents have been keeping a devastating secret. Her childhood crush, Pete Rankin, is facing his own struggle with a harsh reality that will take him away from the girl and the life that he loves.

Tia, Max, Sarah and Pete are all trying to find their future, but when a little girl goes missing in the harsh outback, nothing else matters except finding her safe ... 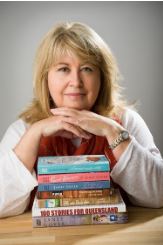 Janet lives in Surrey with her English husband but grew up in the Australian outback surrounded by books. She solved mysteries with Sherlock Holmes, explored jungles with Edgar Rice Burroughs and shot to the stars with Isaac Asimov and Ray Bradbury. After studying journalism at Queensland University she became a television journalist, first in Australia, then in Asia and Europe. During her career Janet saw and did a lot of unusual things. She met one Pope, at least three Prime Ministers, a few movie stars and a dolphin. Janet now works in television production and travels extensively with her job. Janet’s first short story, The Last Dragon, was published in 2002. Since then she has published numerous short stories, one of which won the Elizabeth Goudge Award from the Romantic Novelists’ Association. She has previously published three novels with Little Black Dress, Flight to Coorah Creek was Janet’s debut with Choc Lit. Her other books with them include The Wild One, Christmas at Coorah Creek and Bring Me Sunshine.

Little Girl Lost is published by Choc Lit and is now available to pre-order as an eBook! It will be released on 2nd August 2016.