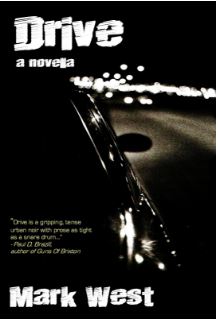 This week I'm delighted to welcome author Mark West to the blog.

I started publishing in 1999 and managed to catch the tail end of the small press zine world - those ‘for love’ magazines and periodicals so beloved of genre, homemade and often stapled though some were perfect bound. Moving into the noughties, as the Internet slowly grew in usage, those physical mags became webzines. It was a brave new world out there and, Luddite that I am, I resisted for a while - I didn’t want my story to appear online, I wanted it to be in an edition I could put on my ego shelf (I often still feel the same way as we careen towards the ‘20s!).

But aside from markets, the Internet promised much more - a web presence. I think most of those early adopter websites have long since disappeared (thankfully) but I’m convinced that if you could find any now, they’d be full of rotating skull gifs, dripping blood gifs, screams (whoever thought a website that screamed at you whenever you clicked on it would be a good idea?) and all manner of cheesiness. But I set one up - called Strange Tales, as it still is to this day - with a company called Homestead, it took me longer to work out the interface than it did to write some of my short stories and, like everyone else, I put a load of stuff up then updated it sporadically. That limped on for a few years and then the rush abated (and the hosts started charging), so sites went dormant (there’s something faintly depressing about finding a long forgotten site full of rotating skull gifs, spinning around for the amusement of viewers who never visit) and I let mine lapse. 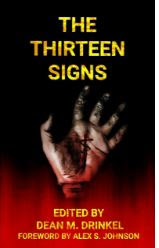 Then, in September 2009, I discovered blogger. At the time, I was publicising a forthcoming short novel and used it for that but, as time went by, I started to put more on. I began to enjoy the process of blogging, so much so that I published 23 posts in my first year, 144 in my second (which remains my peak). I read an article that mentioned the need to blog regularly and decided to try it - I formalised the process this year and a new post is published every Monday (with additional ones as and when required). More so, away from writing fiction, I discovered that I really enjoyed blogging.

I’ve kept a diary since 1981, I make thorough notes for most of my writing projects, I write afterwords to all of them and I’m endlessly fascinated by creative processes - writing, music, behind-the-scenes work on films - and a blog tied all this together. Certainly, there’s a lot on mine about my own writing (stuff I’m working on, in-depth essays when new pieces are published) but there’s a lot of other stuff too. I started with essays about matte paintings and miniatures, of favourite films and forgotten classics and they got a response. Some of them have been very popular too - one, on the matte paintings of Return Of The Jedi, has received almost 10k hits (it was mentioned on reddit.com) - but, more importantly, all of them have been fun to research and write.

My good friend, the writer Sue Moorcroft, once called my blog ‘interesting and eclectic’ and that seemed like the perfect way to describe it - because it’s certainly eclectic (I’ll leave it to others to say if it’s interesting or not). I write about books, films, my life, my son and our adventures, things that interest me, nostalgic pieces about my childhood, essays about old friends and fun at conventions. I write about things I like because I enjoy it (I love the research, I love to ‘pass things on’) and I hope it makes the blog interesting to read because it’s not all me-me-me.

And that’s the key thing. If you run a blog, of course it’s basically about you but it needs to be about more than that otherwise people won’t keep coming back. Through Sue, I’ve been to a couple of writer/blogger meet-ups (where I met Elaina) and it’s fascinating, the amount of time people put into their creation. I love reading, I review a few books but nothing on the scale of some people - it must be the best part of a full-time job for some of them. But you can see that, you can hear the passion crackling between the lines, you can tell they have a thirst for what they’re doing, that they want to pass on information to the reader.

A good blog has an identity (even if it’s to be eclectic, as Sue says mine is) and it needs to be somewhere that you, the reader, wants to visit every now and again to hang out. And long may those good bloggers continue! 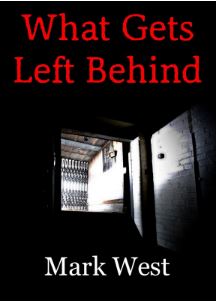 Mark West was born in Northamptonshire in 1969 and now lives there with his wife Alison and their young son Matthew. Since discovering the small press in 1998 he has published over eighty short stories, two novels (In The Rain With The Dead and Conjure), a novelette (The Mill), a chapbook (What Gets Left Behind), a collection (Strange Tales) and two novellas (Drive, which was nominated for a British Fantasy Award and The Lost Film). He has more short stories and novellas forthcoming and he is currently working on a novel.

Away from writing, he enjoys reading, walking, cycling, watching films and playing Dudeball with his son.