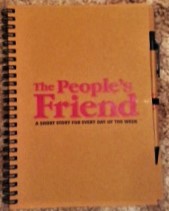 A few weeks ago I noted that my writing seemed to be taking me on a tour of England. I couldn't help wondering where it would take me next.

It turns out the answer was York, to The People’s Friend Writing Workshop.

My grandmother got me started reading The People’s Friend years ago. Money was tight so the magazine was passed between my Grandmother, Aunt and Mum before eventually making its way to me.  Often by that point it would be a few pages short where someone had ripped out an interesting recipe to try later, or a knitting pattern that was added to their ever growing collections. I didn’t mind the somewhat well-read state of the magazine, all that interested me were the stories. Though I did learn to check that the entire story had survived before I started reading…

These days it’s just Mum and I reading the magazine and sometimes I even get to read it first. Oh the thrill of reading a magazine that is fully intact before someone has stolen their favourite parts! 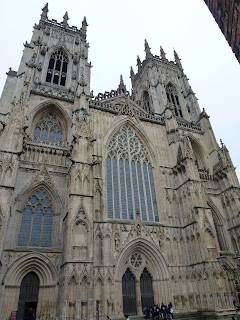 As you can imagine, I was therefore delighted when Kate Blackadder mentioned she was a guest author on a writing course run by Fiction Editor Shirley Blair.

It takes just over 3 hours for me to get to York by train. Though to be fair, that does include the time spent hanging around train stations waiting for connections. Which of course means it takes well over 3 hours if just one of the connections happens to be running late…

My (non-writing) friends thought I was crazy traveling so far for a one day course that work wasn’t even making me go to. I decided they were right. So I booked a hotel and stayed for three days instead. It seemed like a perfect excuse for a little bit of sightseeing.

After two days of trekking around York, determined to make full use of my York Pass, I was relived to be able to sit down and listen to the knowledgeable presenters. However, while my feet where having a well-earned rest, my hand was working overtime trying to scribble down all the useful pearls of wisdom that Shirley and Kate were eagerly imparting. 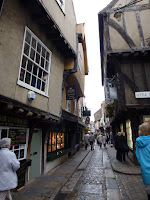 Whilst I am still a complete coward when it comes to reading my work aloud, particularly when it’s just an idea that’s still in a half formed state, I came away from the workshop with two partly written short stories and lots of inspiration for more.

Whether one of my stories will ever appear in the pages of The People’s Friend remains to be seen, but at least I now have a much clearer idea of what Shirley and her team are looking for. Regardless of the outcome, I had an enjoyable day spent learning about something I love – what writer could ask for more?