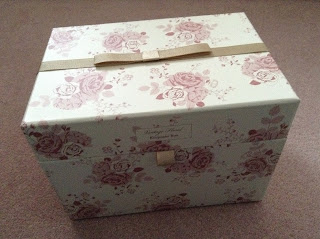 If you’ve read my biography you may have noticed that music teacher doesn’t actually feature in there.  Given my struggles with my music A level, my parents encouraged me to have a backup plan just in case my musical aspirations didn’t work out (again).  With that in mind I went to University to study business administration.  From there the move into accountancy seemed a natural progression. Somehow along the way my backup plan became my reality. Looking back I can’t say I have any regrets.  Fortunately, I like the career that I inadvertently ended up in, but then if I hadn't I’d like to think I’d have been more resistant.

Despite my change of direction though, I continued to write. Music no longer featured in my career aspirations but it still lingered in my dreams.  I had notebooks filled with song lyrics. A random line, a verse or chorus, or even whole songs were locked away within their pages. Their existence however was known only to me. By this point I’d already failed at two dreams, my writing was all I had left and my self confidence in my abilities was practically none existence. And yet, I couldn’t stop.

Writing lyrics was my way of keeping a journal. I can look back on lyrics I wrote years ago and recall the occasion or event that triggered the particular emotion that runs through those words.   Sometimes their meaning would be obvious to anyone who read them, but mostly they are ambiguous enough that a reader could create their own meaning. Just like in a story, a reader can put their own interpretation on the characters and situations.

Not that my lyrics had any readers, not at that point anyway.  Until a couple of years ago my writing was kind of like Schrodinger’s cat.  Whilst my lyrics were stuffed away in a box where no one could see them, they could be both brilliant and awful at the same time, because no one had read them to judge them.  To take them out of the box would mean that the hope I had that by some chance they might actually be half descent, could be shattered beyond the point of recovery.

However, there’s just one problem with keeping your dreams a secret; it makes it impossible to achieve them. Whilst I wasn’t about to get up on stage and announce my dreams to the world again, I couldn’t help but wonder what if…? As a result, in 2014 I entered the UK Songwriting Contest with my lyrics; ‘This House’.  I figured it was a safe way to test whether my lyrics were any good, without actually having to tell anyone that I knew about my writing. No one knew I’d entered, so no one would know when I got laughed out of the competition.

Except I didn’t. I made it to the semi-finals.

The whole concept of no-one knowing doesn’t really last very long when you shrieking “I’m a semi-finalist” as loud as you can.

Entering the contest was a huge step for me.  For the first time in years, I took charge of my dreams and gave them a chance to become something more.  Reaching the semi-finals gave me hope, something that I’d lost a long time ago.  It reminded me that the possibility of achieving your dreams is worth the risks involved in striving for them.  Despite the inevitable failures along the way, you should never give up on something you believe in. Because that one chance that you didn’t take, might just have been the one that would have led to your success.

Sadly that’s as far as I made it in the competition. ‘This House’ scored 8 out of 10, just one mark short of making it into the finals. However, it turned out that wasn’t the end for ‘This House’, though I didn’t know that for a little while…