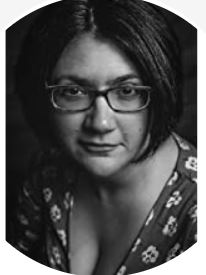 I’ve come to the conclusion, that to become a successful writer, you don’t need a degree in writing, you need one in waiting.

We often talk about “chasing the dream”, but if it were ever turned into a documentary there would be no high speed chases involved. Instead, we’d all be in one big waiting room continually refreshing our emails. This is why the Great British Pottery Throwdown has had several series, but no writing programs have ever taken over our tellies.

That said, there is a certain magic to getting the call or the email that can change the course of your life. But the real trick is to make sure that occurs again and again and again. So, I thought that I’d share what I’ve learned along the way.

·        Be professional. I’ve heard it said many a time and it’s really true that publishing is a small world. Of the editors I’ve worked with at two publishing houses, they have since worked at many others and I’d like to think they’d happily work with me again in the future.

·        Be open to making your book better. I’ve never argued over editorial suggestions to my books (apart from minor things) as I’ve always known they’ll be better for the input they’re getting.

·        Try not to compare others success to your own. Every writer is running (or possibly even swimming) in a different direction to you. Try to focus on your own stride and writing your own story.

·        Remember it’s a marathon, not a race. Since lockdown, I’ve seen a lot of people doing solo marathons. In doing so, they have often got people to help join in with legs of the journey and friends cheering them along the way. This is what you need to do for your solo writing journey. Find friends who will encourage you and cheer you on.

·        Celebrate each stage. If you’ve finished writing a book, or had a deal, or reached a personal goal, make sure you celebrate it.

I’ve been a published author for five years now and there has been more than one occasion where I wasn’t sure how it would work out. But I’ve continued to come up with ideas and 8 books (and the same amount of foreign deals later), I’ve managed to get a mortgage as a self-employed writer, and have been shortlisted for awards in two countries. These are things I never thought would happen, and it goes to show that continuing to chase the dream can take you places that weren’t even part of your dreams to start with! 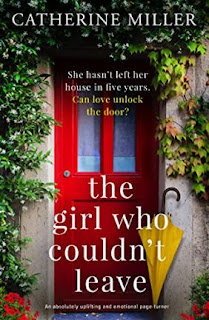 The Girl Who Couldn't Leave

It was a yard. Only a yard to the kerb. What could happen to her in that distance? Was it too far away to still be safe?Fiona Dexter isn’t the girl she used to be.It’s been five years since she moved into the house on leafy Wellington Drive, with its bright red door and colourful flowers in the garden. Since then, she’s never stepped outside. It’s the only way she can live without constantly looking over her shoulder – the one chance she has of keeping the past in the past.If she could only walk out of the front door, her life would be different. She could find her way back to the person she once was. She could trade nights on the sofa for a cinema trip with friends. She could meet her parents at the café around the corner, with its delicious brownies. Maybe she could even fall in love.Except for Fiona, those few yards to her front gate might as well be a million miles. Outside, there’s no telling who might be waiting…Then one day single mother Bethany shows up holding two-year-old Evie, desperate for help, and their arrival might just change everything.Once Fiona lets them in, she finds the safety of her carefully planned days has lost its spark. Staying inside is still the safest option, but now she’s felt the warmth of Evie’s hugs and danced her socks off with Bethany, she realises what she’s been missing. But can Fiona let go of her past for a chance at happiness? And when she’s put to the test, will love be more powerful than fear?