Guest Blog: Karen King - If At First You Don’t Succeed….

This week I am delighted to welcome the lovely  Karen King to the blog to share her Chasing Dreams story. 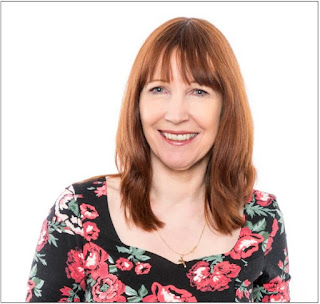 If At First You Don’t Succeed….

I’ve always admired those people who go off on motorbike treks across Europe or drive off into the sunset with just a suitcase in the back of the car. I love the idea of being able to jump on my bike/motorbike or get in my car and take off but having my own transport has always being a difficult one for me. When my childhood attempts at learning to ride a bike ended up with me being thrown off and landing headfirst in a litter bin, I decided that cycling wasn’t for me.

A couple of years later, riding on the back of my then boyfriend’s motor bike, the wind blowing against my face, I decided that I’d like a motorbike of my own, but an early marriage and family put paid to that. Later, as my children got older and finances weren’t so tight, I decided to learn to drive so that I could ferry the children around and go shopping without getting a taxi home. I excitedly started driving lessons sure that within the year I would be driving around in my own little car. Sadly, this wasn’t the case. I found driving a car as difficult as I found cycling and when I finally did master it enough for my driving instructor to put me in for my test, my nerves let me down and I failed spectacularly by driving out of the test centre, turning right without indicating and driving through a red light. ‘It’s just nerves’ my instructor said, ‘Put in for another test.’ So I did. This time I pulled out in front of a very big lorry at a roundabout. I put in for another test and failed this by almost rolling back down a hill into the car behind – the examiner had to use the emergency brake. Of course, the more tests I failed the more nervous I was next time.  I passed three theory tests with flying colours but failed seventeen practical tests before finally passing – in an automatic car - in 2013.  I’m still not a confident driver but hey, I did it!

When I moved to Spain with my husband, Dave, a few years ago I was determined to continue driving, albeit locally (no motorways or steep mountain tracks for me!), despite the fact that over here they drive on the other side of the road. Even now, eight years later whenever I get in my car to drive off I still get a thrill that I actually succeeded in passing my test.

I’ve given up on the idea of riding a motor bike though but my heroine, Hattie, in my new book, One Summer in Cornwall roars into Port Medden on an electric blue Harley, riding up a storm with Marcus, her next door neighbour. I loved writing those motorbike scenes. One of the pluses of being an author is that you can live your dreams through your characters and get them doing things you’ve always wanted to do. So if there’s something you really want to do, keep on trying. And if you can’t succeed no matter how hard you try, get your character succeeding instead!

Karen King is a multi-published author of both adult and children’s books. She has had eight romantic novels published, one psychological thriller with another one out later this year, 120 children’s books, two young adult novels, and several short stories for women’s magazines. Her romantic novel The Cornish Hotel by the Sea became an international bestseller, reaching the top one hundred in the Kindle charts in both the UK and Australia. Karen is a member of the Romantic Novelists’ Association, the Society of Authors and the Society of Women Writers and Journalists. Karen now lives in Spain where she loves to spend her non-writing time exploring the quaint local towns with her husband, Dave, when she isn’t sunbathing or swimming in the pool, that is. 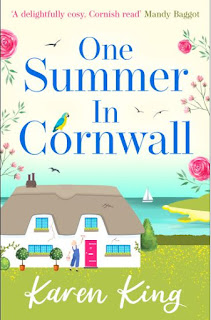 One Summer in Cornwall

Escape to Cornwall this summer...

A gorgeous feel-good read, perfect for fans of CATHY BRAMLEY and PHILLIPA ASHLEY.

When Hattie is made redundant and evicted from her flat in one horrible week, she needs time to rethink. Her Uncle Albert left her and her father each half of Fisherman's Rest, his home in the Cornish town of Port Medden, so this seems the perfect place to escape to until she can figure things out.
As Hattie stays in the cottage, clearing it out, tidying it up and getting it ready to sell, she starts to find her feet in Port Medden and making a new home here begins to feel right. If only her dad didn't need a quick sale and things weren't complicated by her unwelcoming neighbour Marcus . . .