Today I'm excited to welcome Jane Cable to the blog to share her journey chasing her dreams. 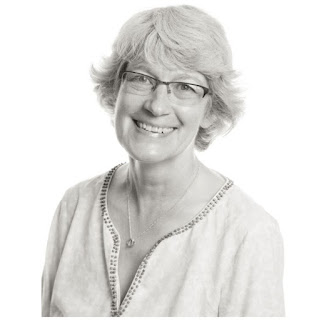 I was amused a few months ago when I found a worksheet from a course I attended in 2001, and discovered I had written down that my life goal was to write a best-selling novel. At the time, like Elaina, I was working as an accountant. I had just started my own business and even finding the time to write a book seemed pretty much impossible.

But three years later, I did find myself writing. There had always been stories in my head, but this one seemed to need to find its way onto my computer. And somehow I did find the time; first thing in the mornings, and when my husband was working late. Odd hours opened up around me and I was on my way.

The phrase ‘chasing dreams’ implies a certain randomness, and for me conjures images of running around with a butterfly net. Yet hunting down your dreams sounds decidedly unromantic, although to the business strategist in me having a strategy definitely appealed. But even the best laid plans…

The theory was simple; you wrote the book, selected the agents who might like it, then sent it off. If it was good enough one of them would sign you, and they would find you a publisher. Before you knew it, your cover would be on railway posters and the two-for-one tables on Waterstones. Cue hollow laughter from every writer reading this.

My actual path towards achieving my dream was more like a game of snakes and ladders. I knew nothing about choosing a commercial genre so I just wrote what I knew. As well as being an accountant (not ideal subject matter) I freelanced as a cricket writer, so I wrote about that. Not even worrying about how fundamentally unmarketable a romance set in a sport followed mainly by men would be.

But through my unsuccessful submissions, an editor found me. She helped me to polish up my work, she was the first ‘real author’ I’d had any contact with, and taught me a lot about the basics. I felt I was getting closer. Some rejections even started with ‘you write well, but…’

Five years later I was still writing, loving it, but not getting anywhere. Except having produced a book, The Cheesemaker’s House, which my mother believed in. Perhaps this shouldn’t have mattered, but it did. Because she made me submit it to a national competition and it reached the final four out of thousands of entries. One of the judges, the lovely Sophie Hannah, took me to one side and said I had a great voice but my work needed editing. When I told her it had been, she told be to find a better editor.

On the back of the competition I was signed by an agent. One of the real big guns. But I just couldn’t cut it; despite all the guidance I received I lacked the technical skill to turn The Cheesemaker’s House into the publishable novel he wanted.

So I was back to square one. So far chasing my dreams with all the happy randomness of a butterfly hunter had not worked. I needed to plan for success.

First, I needed to learn to write better, so I took myself off to Winchester Writers’ Festival. While I was there I talked to potential editors, but was lucky enough to attend workshops given by Margaret Graham, and realised that she offered an editing service too. She actually became a valuable mentor and friend, has taught me so much and offered constant support.

Still no publisher, but at least now I knew it was because The Cheesemaker’s House was cross-genre, so I took the indie route and put the book out there myself. I didn’t know what I was doing, so I bought in publishing skill from Matador and it certainly worked. Not a rip-roaring, overnight chart topper, but the book has sold consistently well and I learnt a huge amount about marketing and connecting with readers. I wasn’t chasing my dream any more, I was taking solid steps to make it happen.

I was diverted by another agent (due to another competition success) and although once again I learnt a great deal, the publishing contract that resulted wasn’t that great, although thankfully the company ceased to trade and I was free. This time I took submission into my own hands, and was offered what I consider to be my first real contract, with Sapere Books.

I love working with Sapere, they are really good at creating a family feel for their authors and the editing and covers are brilliant. But they are new so punch small in the market, and although both Another You and Endless Skies have had category bestsellers on Amazon, that still isn’t my dream.

In 2019 I was lucky enough for my work to catch the eye of Charlotte Ledger at One More Chapter. But the book wasn’t quite right. What would be? I needed a book with a hook and settled down to write it. Once I wrote the right story, a commercial story, I would be on my way.

But lockdown does strange things and I had the random yet ultimately inspired idea to polish up my second indie novel, give it a new uplit title and submit it to Charlotte. She loved it, and The Missing Pieces of Us will be published in June, along with a second novel in August. My carefully crafted book with a hook? Not on your life… something entirely different… a book of my heart.

So even the best laid plans can have surprising results… perhaps it’s time I took out that butterfly net again.

Jane Cable writes haunting romance for Sapere Books under her own name, and women’s fiction for One More Chapter as Eva Glyn. Find out more on her website (www.janecable.com) or follow @JaneCable on Twitter and evaglynauthor on Instagram. 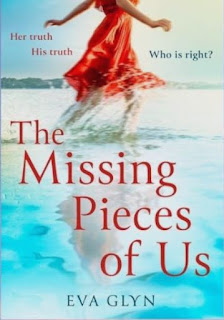 When Robin Vail walks back into widow Isobel O’Briain’s life decades after he abruptly left it, the dark days since her husband’s unexpected passing finally know light. Robin has fallen on hard times but Izzie and her teenage daughter Claire quickly remind him what it’s like to have family…and hope.
But Robin and Izzie are no longer those twenty-something lovers, and as they grow closer once more the missing pieces of their past weigh heavy. Now, to stop history repeating, Izzie and Robin must face facts and right wrongs…no matter how painful.