I'm thrilled to invite author and friend Jack Steele to the guest blog this week: 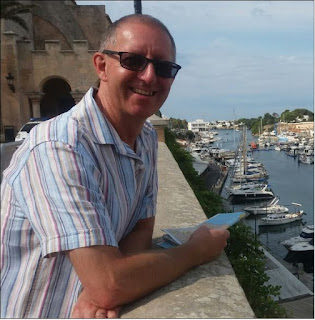 I had the idea of a crime fiction novel in my head for a number of years, but full-time employment and to be honest, a large dose of procrastination let the years drift by. After divorce, my life revolved around raising my two teenage children, so my dreams went on hold. I was extremely lucky to find a job closer to home which was a huge drop in salary, but it afforded me quality time to spend with my son and daughter.

When my adult children left home to start lives of their own, I met Sue and a few years later we were married. We enjoyed holidays together and I began to read again which ignited the desire to write my own story. The crime fiction novels I read were either so descriptive that they lacked pace  or so many characters that I became confused with who was actually in the library with the lead piping. I realised that I had to write a novel based on my own preferences.

To gain confidence with my writing I signed up to a creative writing course and attended several workshops organised by the Nottingham Writer’s Studio. They gave me the tools to write my first draft. I continued refining and editing ‘Loose Cannon’ and collaborated with a graphic designer to produce the front cover.  Several colleagues and family friends agreed to read it with a guaranteed promise to provide constructive criticism which turned out to be extremely useful. Their feedback went as follows, ‘Don’t use such long words, too many ‘ands’, this should be a series!’ 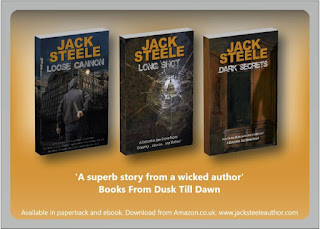 This led to more edits to insert threads that would run within the series. They loved the short gripping
chapters and the fast-paced feel of the book. Many believed that I had a great insight into the criminal underworld, but I explained it was just thorough research. Honest.  My wife brought tickets for the East End Gangland tour which I loved and that provided me with more material. We visited all the locations in my book to get a feel for the places and the surrounding areas in which I grew up. Most of the buildings are still standing from when I was a child, even the Bannister House Estate, Hackney, where I lived until I was thirteen. Everything had to feel authentic and transport the reader on a journey alongside  the lead detective, Joe Stone and his team. We drank in the pubs, dined in the restaurants and took the Docklands Light Railway to all the places in the book.

I began to join social media groups and participate in discussions, attend events where I could meet fellow authors, readers and bloggers to discuss a wide range of issues. As you are aware Elaina it’s at one of those meetings in Birmingham where we met and became friends. It was thanks to Kim Nash for organising that event that I became more confident in going to the Theakstones Crime Writer’s Festival and chatting to friends there as well as Martina Cole, James Patterson, Val McDermid and Mark Billingham.

It was now time to send my manuscript to bloggers who were willing to read it and provide a review. I cannot remember being so nervous before. Despite spending so much time and effort on something that I was passionate about, I felt that everything hinged on their response. Well, relief is just a six-letter word, but it felt a lot larger than that when the reviews for Loose Cannon came in. Five  and four stars with amazing feedback and reaction. I was so happy that chasing my dreams had turned into a successful outcome especially when they all demanded more books from Jack Steele. The characters were already established for Long Shot (Book 2) and Dark Secrets (Book 3) which I decided would end on a dramatic note and therefore the series became a trilogy.

My dreams are now to carry on writing a new series which is well on it’s way as well as a standalone psychological thriller. I couldn’t have achieved this without the help and support from my family and friends as well as the bloggers, readers and fellow authors for whose help and encouragement  I am so deeply grateful. My thanks for your invitation Elaina to show how I chased my dream of writing. I hope it inspires others to follow theirs and I hope you continue to chase your dreams too.