In 2016 I was proud and honored to be a 3 month guest blogger for Mslexia with my series on Chasing Dreams. Sadly the old blogs are no longer available on their site, so over the next few weeks I am going to be republishing them here, and inviting guest bloggers to come and share their own stories.
I hope you'll join me as I share my journey as a writer, with all the bumps and surprises along the way. 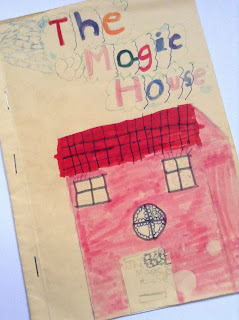 I first discovered my love of writing when I was a child.  Like most kids I spent my time living in a fantasy world, and I loved to try and capture that exciting place in the pages of my pale pink notebook.  In addition to the frequent tea parties on my bedroom floor and the impromptu dance performances on an imaginary stage in our lounge, my parents were subjected to hearing random tales of buried treasure and magic houses.

Aside from my parents and teachers, whose gold stars for imagination adorned my creations within my school books, no one else knew of my love of writing until I was 11 at the school talent contest. Looking back now l can’t recall what inspired me to not only write a song, but also decide I wanted to perform it.  Whilst I could play three instruments, I had never quite mastered the art of composition. All I had were lyrics and my unaccompanied voice, but I was undeterred.

When two of my friends asked if they could join me in the performance of my song I was delighted.  I had the starts of my very own band.  Admittedly we were still a little short on instruments as they didn’t play any, but now there were three voices.  That was better than one, right?

The day of the performance dawned.  We’d been rehearsing every lunch time for weeks.  We knew every word by heart.  We were going to change the world, or at least the school, with my environmental lyrics; ‘Stop Destruction’.  This was our moment.

Just as we were about to step out onto the stage one of my friends took one look at the crowd and bailed. I watched her retreating in disbelief, my brain unable to form any arguments for why she should stay.

Then there were two.

My remaining friend and I exchanged a look and with nervous smiles we stepped into the spot light.  The show must go on.

However our friend’s departure had rattled us.  I swallowed, hoping to push down the nerves that were tempting me to follow her lead and flee.  It turns out that performing in front of an audience who, unlike my parents, weren’t biased or obligated to burst into applause regardless of our abilities, was utterly terrifying. If only I could have had that realisation just a few minutes earlier…

The pair of us stood there, surrounded by expectant faces in the school hall which seemed to have grown in size since I walked out on stage. We nodded at one another and began.  I opened my mouth and started to sing.  Passionate words intended to inspire change were meant to resound around the school hall.  Instead all I heard was my lone wobbly voice slicing through the silence, whilst my so called friend beside me stood completely frozen in place.  She wasn’t even miming.

Whilst I’d initially planned to make my debut performance alone, there was something disconcerting about finding yourself abandoned on stage in an unscheduled solo. My voice cracked, my volume dropped and I went completely off key.  The rest of the performance is a blur to me now.  A traumatic experience that is best forgotten.  When it was all over though, I do recall returning to my seat in the audience and my neighbour asking; “What were you singing about anyway, self-destruction?”

My plan to save the environment had failed, along with my dreams of becoming a star.  I vowed never to sing in public again.

Strangely though the experience didn’t deter me from continuing to write.  It seems that even the most humiliating of failures isn’t enough to outweigh the passion to do what you love. However, my dreams became a secret known only to my note book and I.

I learnt many things that day. Firstly, to be careful who you invite to join you in your dreams, or on stage. Secondly, to always ask yourself if you’re really as good as you think you are, or in my case, can you actually sing?

Having the confidence and determination to pursue your dreams is a good thing and I would never want to deter anyone from doing so, but make sure you’re ready before you plunge head first into something you might regret later.  In our excitement, we forgot about the small details like the possibility of stage fright and abysmal failure in front of our classmates. Had we paused to consider the consequences we might have been more prepared. I doubt that we would ever have ended up with thriving music careers, but at least the audience might have known what we were singing about.